The Real Danger of Diving Deep 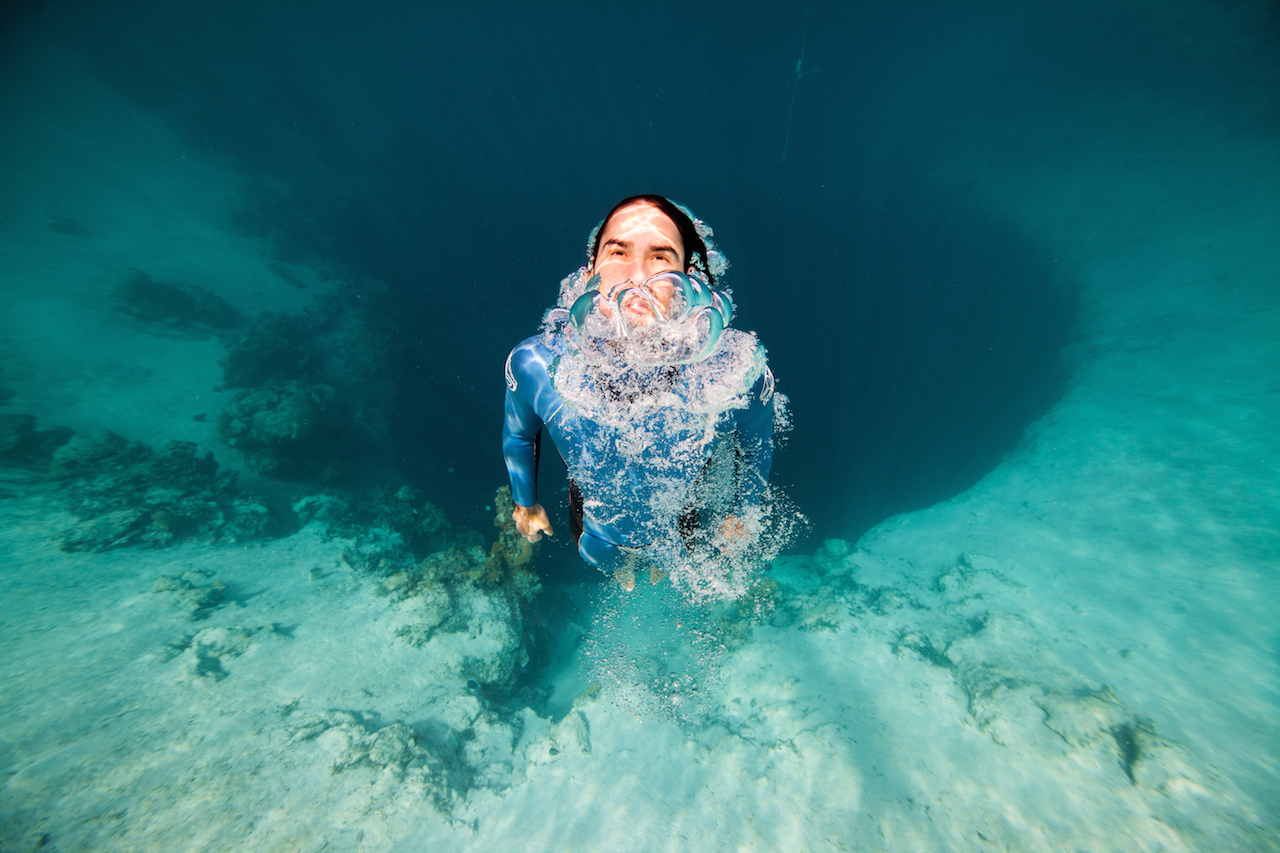 “But isn’t that dangerous?” I get asked all the time when I tell people that I freedive. “Not at all,” I tell them as I try not to sigh. Or at least, not for the reasons they think it is.

What people seem to think is most dangerous about diving deep is running out of oxygen. But ‘blacking out’ is the least of our worries. Once a diver has depleted enough of their oxygen and falls unconscious there are still several minutes before the onset of any kind of brain damage. And believe it or not, even though an unconscious diver can look much like a corpse, if you are trained correctly reviving them is very fast and easy.

“But what if you black out at the bottom?” Well that doesn’t actually happen…when I reach the bottom of the line I’m only half way through my dive and still feeling fresh. Almost all black outs happen on the surface or just below the surface (close to the safety divers) and it is very rare that someone blacks out deeper than 10 metres. related injuries, specifically to the lungs. As we descend the increasing pressure of the water compresses our lungs and if our lung cavity is compressed beyond its residual volume (the volume of the lungs when a person completely exhales) then pulmonary capillaries can rupture and leak blood into the breathing space.

Fluids in the lungs obviously make it harder for your lungs to work and divers who have suffered a ‘lung squeeze,’ as they’re called, can find themselves under oxygenated for minutes or even up to hours before their bodies are able to self-regulate.

It may sound like a serious injury, and it can be, but a diver who has suffered a lung squeeze will almost always be right as rain after a few days rest out of the water. The real danger is when divers continue to dive without giving their lungs enough time to heal adding injury, upon injury, upon injury.

Fortunately this is something we don’t see much of in the freediving world. After every competition dive the competitors must have their heart rate and oxygen saturation measured. If any of our stats are irregular then we will not be cleared to dive for a number of days.

Lung squeeze was something that people in the freediving world didn’t like to speak about. There was a culture of secrecy surrounding the topic. Enough people think we are all crazy without seeing a diver cough up specs of blood- but that is changing slowly, slowly. It is something though that recreational divers don’t really need to worry themselves with because while there have been cases of people having a squeeze between 10 – 20 metres typically a diver has to dive below 40 – 50 metres for this to even be a concern.

Freediving is one of the only sports that people can compete at the highest level well into their 50’s and potentially 60’s. In fact Natalia Molchanova currently holds almost every Woman’s world record and she is 53 years old. That’s one of the reasons why there is such a strong culture of safety with us divers. We all want to be doing this for as long as we can!

Great post! We are linking to this great content on our site.
Keep up the great writing.

So “lung squeeze” is the divers equivalent to Voldemort? He who must not be named? Ha ha, I think I am funny, anyway… I am loving reading your entries! You are a pretty great writer, and that is a relatively rare thing these days!