How to Rescue a Blackout 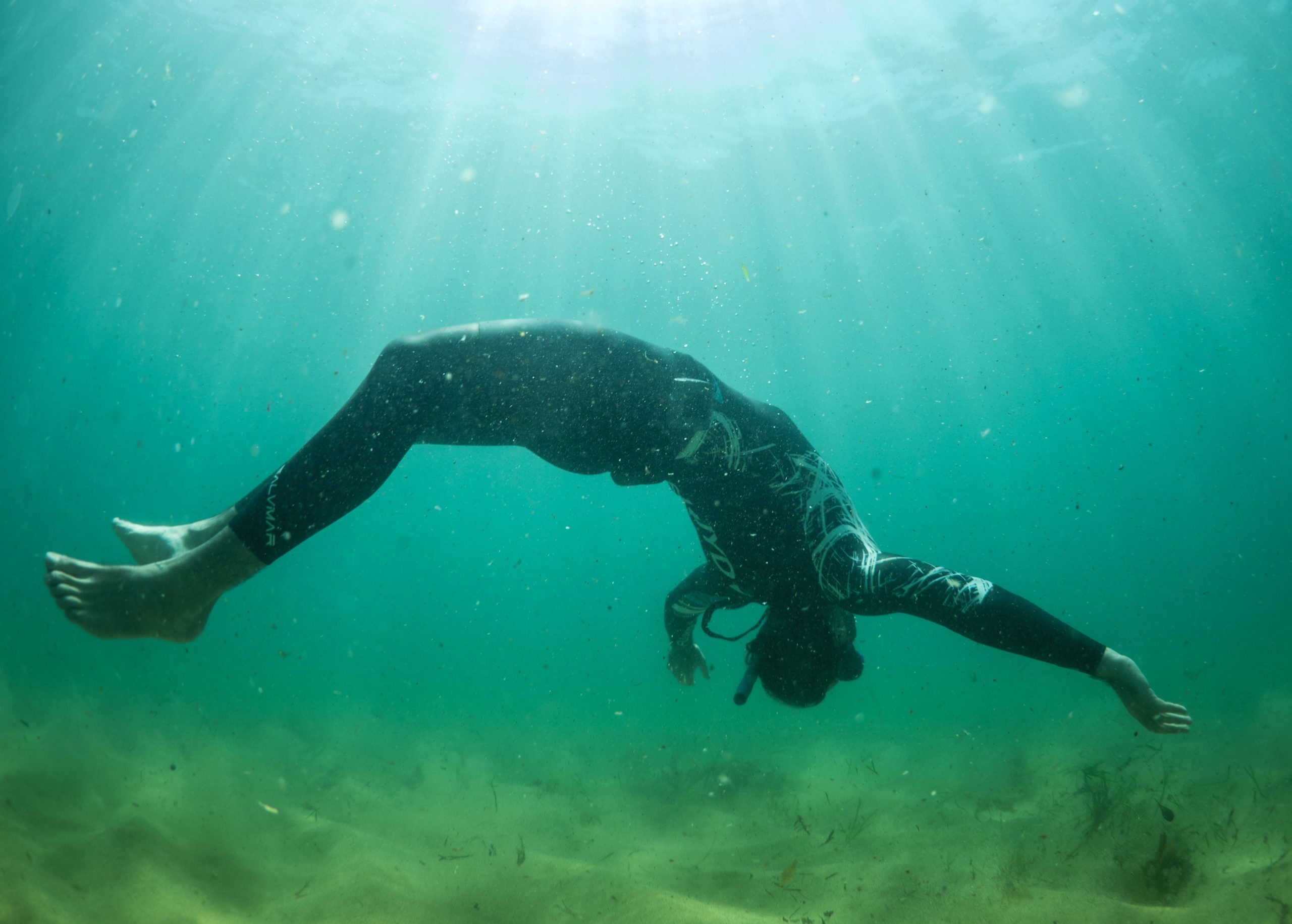 20 Nov How to Rescue a Blackout

How to rescue your buddy if they black out is an essential skill that every diver should know. It’s actually incredibly easy to revive an unconscious diver but if you or your dive buddy don’t know what to do then a black out could easily turn into a death.

Earlier this year I started an initiative with Spearfishing Superstore (Cairns) where we travelled to remote areas to run free freediving safety seminars. We believe that this safety knowledge is something every diver should know and shouldn’t have to pay for. Now week by week in this blog I’ll be going through all the knowledge that you need to essentially ‘not die’ while diving.

The first thing to remember when someone has a hypoxic blackout (hypoxia refers to low oxygen levels) is that you will lose consciousness well before you’re at risk of permanent brain damage. An unconscious diver usually has a few minutes before brain damage sets in but each case is different and time is always of the essence.

Secondly blacking out is very different to drowning. When you blackout you won’t initially inhale water (unless you have a snorkel in your mouth, which is why we always take the snorkel out when we dive.) Your body is smart and it will divert the oxygen required to keep the muscles in your throat closed to stop you from inhaling water. Of course your brain will only divert this oxygen for so long, so once again reviving the unconscious diver quickly is important.

When someone does black out they will exhale. Bubbles are the biggest sign of a blackout and unless there are scuba divers in the water if you see bubbles we always assume that someone has blacked out and we check out the source of those bubbles. To bring an unconscious diver to the surface we place one hand under their chin and one hand on the back of their head. It’s important to swim them up with a hand under their chin to assist their body with keeping their mouth closed and not inhaling water.

I personally like to extend my arms and push them above me so that I have room to fin easily underneath them. Once they are on

the surface it’s important that you keep them on the surface and don’t allow their face to fall back into the water.

The human body has sensors in the skin; in the upper lip and around the eyes that register if that skin is in air or immersed in water. Our body is waiting to be told that it is out of the water and that it’s safe to wake itself back up.

So the very first thing we do upon surfacing is to take the unconscious diver’s mask off and blow strongly into their eyes. We are telling the sensors around the eyes that they are out of the water and in the air, that it’s time to wake up. Then you tap their cheek lightly while saying their name and telling them to breathe. It’s called: blow, tap talk. These three things on the surface will bring a diver back around quickly.

If these three things don’t revive the diver after 10-15 seconds then they may require rescue breaths. We pinch the diver’s nose and blow into their mouth. If the diver has still not recovered after

2-3 rescue breaths then it’s time to get that diver to the boat or to the shore, call emergency services and start CPR. If the diver does require CPR it’s possible that they are unconscious due to something other than hypoxia or that they have been unconscious for a very long time.

I have seen dozens of blackouts and in my experience I have never seen a black out where the diver didn’t revive straight away after blow, tap, talk but it’s best to be prepared for any eventuality. The only reason I’ve included CPR and rescue breaths in this article is so divers don’t resort to those measures first but rather starting with ‘blow, tap, talk.’

After a black out it’s best to get yourself checked out at the hospital mostly to make sure you don’t have any residual water in your lungs which can cause secondary drowning later that night. I know this doesn’t really need to be said but after a black out you must stop diving for the day.

Reading an article like this is also nowhere near as beneficial as taking a course with a freediving professional, in which you will learn a great deal about the human body, improve your diving, and simulate different black out and safety scenarios.

This is epic Adam – great article. Thanks for taking the time to write such a helpful post

This is a great initiative Adam. There are a lot of people out there who do not see the need to take a course and are pushing the limits (unbeknownst to themselves). Well done for providing information that should be freely available.

Thanks a lot for the great article. This is some very helpful information. I never knew about the snorkel being out of your mouth; appreciate you taking the time to pass on such vital guidance.

Thank you for the wonderful info. Please keep doing what you are doing.
I also lost my 15 year old son due to deep water black out. I also made a web for the honor of all the lost divers around the world. I am giving acurate information. I have other project on water safety too. Let me know if We can work together from the other end of the world. If we can save one person it pays for all the effort.

Hi, I wrote you from Urla,Izmir,Turkey.

Great post. I only free-dive a little bit, but this is great information.

Great info mate, i will be sharing this with the bro who i dive with. always good to know what to do in a bad situation when it happens, thanks for sharing

Thank you very much for great article!

Thank you for this.

Thank you very much.

Hats off to you Adam and the Spearfishing Superstore. It’s so awesome to see leaders in our sport caring about their fellow divers safety. Important safety information should be freely promoted and encouraged by all (which is much different to professional freedive courses). It will never be known how many people this prevents from drowning, but I’m sure it will be many. This free info will also help the sport grow and stop the government getting involved by over regulating or banning it due to too many deaths.
Respect!!