Diving with Whales in Tonga 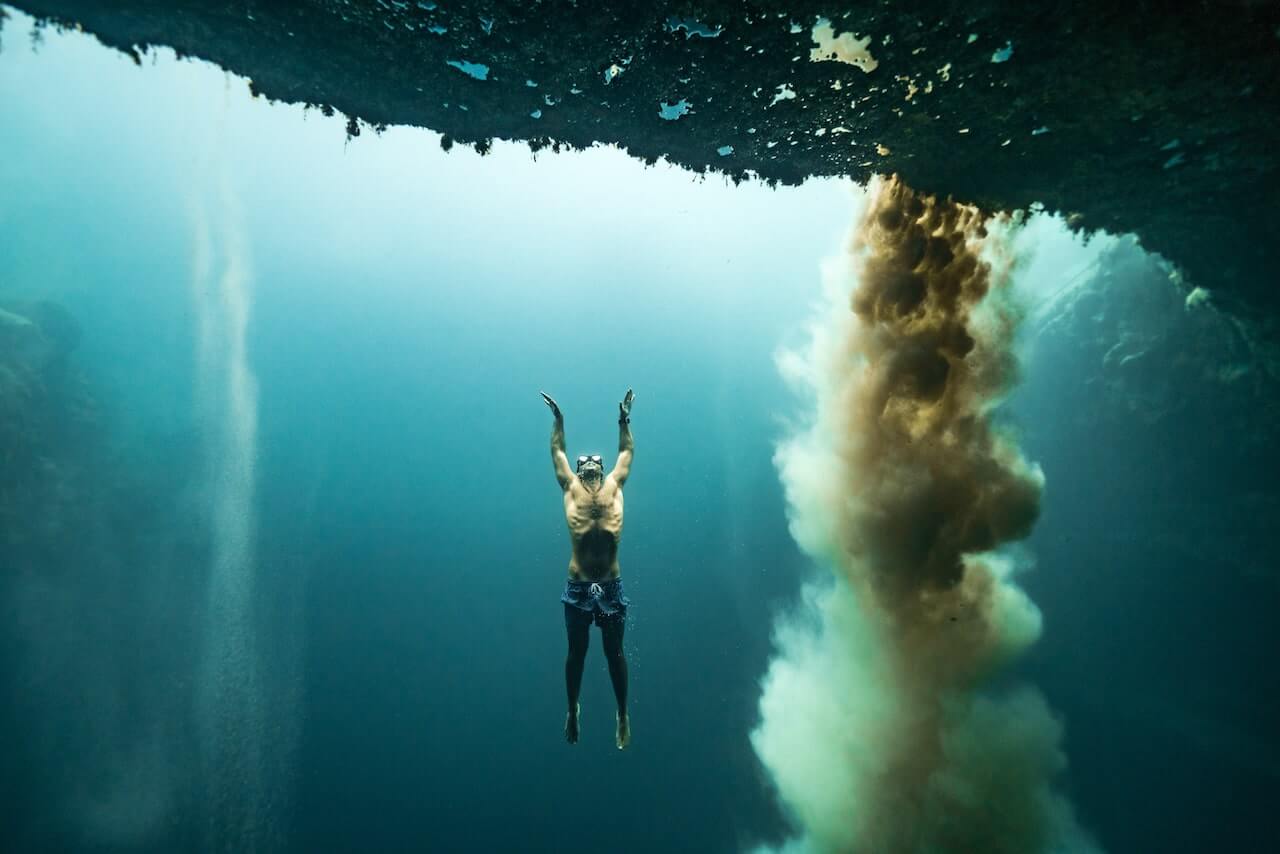 15 Jul Diving with Whales in Tonga

Posted at 12:25h in Freediving by admin 0 Comments
0 Likes

One of the most amazing experiences I have had as a freediver is swimming alongside a singing Humpback Whale. I will never forget the rumbles, grunts and squeals reverberating so loudly right through my body.

The male humpback was at 15m depth a few miles off Eua island, in the Kingdom of Tonga. He was nearly motionless, just moving his pectoral fins ever so slightly to maintain his position face down towards the sea floor. The channel between Eua and Tongatapu being up to 800m deep, the sound was echoing loudly and you could hear other songs bouncing back from different directions.

It is believed that the males sing to attract female whales, or to deter other males from stealing the show, or perhaps both. This area was like a nightclub for whales! With some songs lasting up to an hour, these whales are really masters of the breath hold. The mechanism of song is still not known in Humpbacks. We know that dolphin species use lip-like structures in their nasal passage, just below their blowhole, to recycle air between passages to make clicks and whistles.

Mysticetes whales, the filter-feeding kind like the humpback, lack these phonic lips and must have some other larger structure to produce the lower frequency sounds. The sounds and songs can travel for miles, and play an important part in communicating between individuals and groups.

Whales cover a large area of the ocean especially during their migration of thousands of kilometres, and vocals must be the most efficient way to say hi to friends and warn of dangers! Interestingly researchers have found that mother and calf humpbacks have much softer vocals, like a whisper… They probably would not want to have the killer whales to eavesdrop on them!

Killer Whales are known to go eerily quiet when they hunt down whales… while they produce plenty of clicks and whistles while hunting fish! There is so much still to learn about whales and their complex social behaviour, I quite like the fact that we only get glimpses of their mysterious lives in the ocean.

It is an absolute privilege to be in their presence and I feel humbled by their gentleness, intelligence and bonds with one another. As for that young male humpback whale off Eua, I hope he got to impress the ladies with his passionate and awe-inspiring song.

Written by one of our Freediving Instructors, Mikala Peters

Dive with Whales in Tonga

Are you keen to dive with Humpbacks in Tonga? Join us for our Freediving trips to Tonga to experience the magic of being in the water with these amazing animals!